You Speak – We Type

Voice recognition software is light years away from achieving perfection

Voice recognition software is the best thing to have happened to people who dictate on the go. At least, that what glossy pamphlets and smartly designed advertisements, seem to scream from the rooftops. But the truth is far different from what those pretty looking brochures claim.

From what frustrated users, and industry experts say, the voice recognition software is still taking its first baby steps towards achieving a decipherable transcript, leave alone a perfect one. After all that training, upgrades, and hours of patience, it still delivers transcripts that are riddled with mistakes and strange words.

Language configuration and other puzzlement

One of my friend’s, who is addicted to everything that says “the latest technology”, set up the speech recognition feature in her operating system and waited with bated breath. Only to be told that language configuration is not supported. Despite repeated attempts to get it to work, and after changing the settings and rebooting the computer a million times, she finally gave up as configuring how the whole thing works took up more time, than typing out her recordings.

And there is the added workload of training your computer. If you don’t have a penchant for training machines and lack the patience to talk to them, speech recognition software is not for you!

Physicians; the latest casualty of voice recognition errors and jokes

Voice to text applications, were supposed to bring about a sweeping change in the health care environment. But all that it’s managed to do is become a part of light heart jokes. One doctor was shocked to read that his patient suffered from shooting pains in his mask. When he went over the recording again, he found much to his amusement that his speech to text software had somehow confused “mouth” with “mask”. 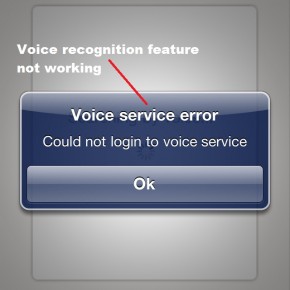 Human transcription services, is a better choice for transcribing and documenting audio recordings. Professional audio transcription services are lighter on the purse and less time consuming. It can be a step in the door for more accurate transcripts and a better working environment. And if you ever come across a transcriber who types out mask instead of mouth, I’d take my words back!

“Some tips on how to write a mind-blowing thesis proposal! “

“Interview Transcriptions – Have you scheduled an interview? “

Get rid of background noise